Verdi's Advice to the Lovelorn (Courtesy of Delos)

I don’t think Giuseppe Verdi ever wrote an opera that didn’t include a love interest – usually portrayed in terms of the unfortunate, violent, or even deadly consequences that their hapless characters suffer as the result of ill-advised infatuation. Verdi has thus built an enviable reputation as an expert when it comes to the downsides of romance, and there are many valuable lessons to be learned from the study of his work.

In just about any of his operas, Verdi clearly demonstrates the impaired thinking, poor judgment, lack of common sense, and irrational behavior that characterize hopelessly love-stricken folks. Thus, as a public service, we at Delos thought it appropriate – on this Valentine’s Day – to offer our readers a few of Verdi’s wise warnings and precautionary measures that lovelorn victims of Cupid’s bow might take to heart … that is, if they can still think straight! Read on: 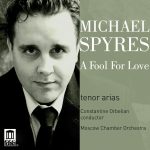 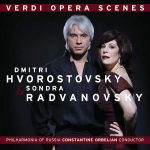 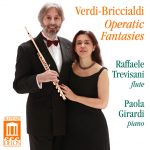 And so, dear readers – you can plainly see that if, on this Valentines Day, you find your love-life to be problematic … Verdi (and Delos) can help!

Get the above-mentioned recordings and many more love-inspired CDs for only $9.99 during the Delos Valentine’s Day Sale!