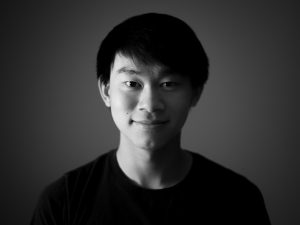 Called “alluring” and “wildly inventive” by The New York Times, Viet Cuong’s music seeks to “leave you breathless” (The Philadelphia Inquirer) by finding ways to introduce new life into time-honored musical ideas. He is a winner of the ASCAP Morton Gould Composers Award, Suzanne and Lee Ettelson Composers Award, and Theodore Presser Foundation Music Award, among many other honors. The Poulenc Trio met Viet at the Peabody Conservatory in Baltimore, and asked him to write Trains of Thought in 2012. The composer describes his work thusly:

“My goal in writing Trains of Thought was to aurally bring life to the mind’s stream of consciousness. Ideas are usually interconnected in the mind through a cohesive sequence of events, but their journeys and destinations can be unpredictable. In this way, the piece deals with the listener’s expectations and attempts to convincingly manipulate them. As the mind deviates from and returns to an original idea, the idea’s return is often informed by its travels. References to the exciting kinetic energy of an actual locomotive can be heard.” 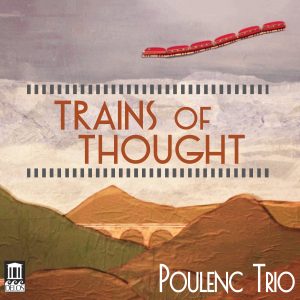 In the composer’s performance notes for the oboe and bassoon, he explains that arrows attached to various accidentals throughout the piece indicate “timbral” notes that are slightly higher in pitch than the normally fingered notes. These are not meant to be exact microtones; they are merely more brightly colored tones. However, these timbral notes should still be quite distinguishable from the normal notes.

For the pianist, the composer writes that certain note-heads in the music indicate notes where the pianist momentarily dampens the string inside the piano with the idle hand. The resulting attack and tone should be softened and dull. The string should not be dampened so much as to obscure the pitch.

Trains of Thought was premiered by the Poulenc Trio at the National Gallery of Art in Washington, D.C., in May 2017, accompanied by an original animated multimedia film by visual artists Elizabeth and Alden Phelps – watch it below: