This October, violinist extraordinaire Sasha Rozhdestvensky will be releasing an album of Tchaikovsky’s Complete Works for Violin and Piano (including a very exciting surprise that we won’t give away just yet). That name should be familiar to Delos fans, as Sasha Rozhdestvensky is featured in the chamber ensemble AMBAR, which released El Diablo Suelto on Delos not too long ago.

We’re starting to get excited about this upcoming release, so be sure to take a listen to Sasha performing El Diablo Suelto with The AMBAR Music Group: 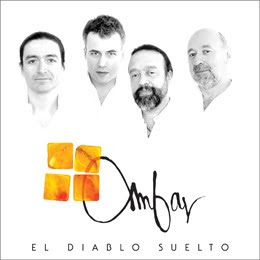