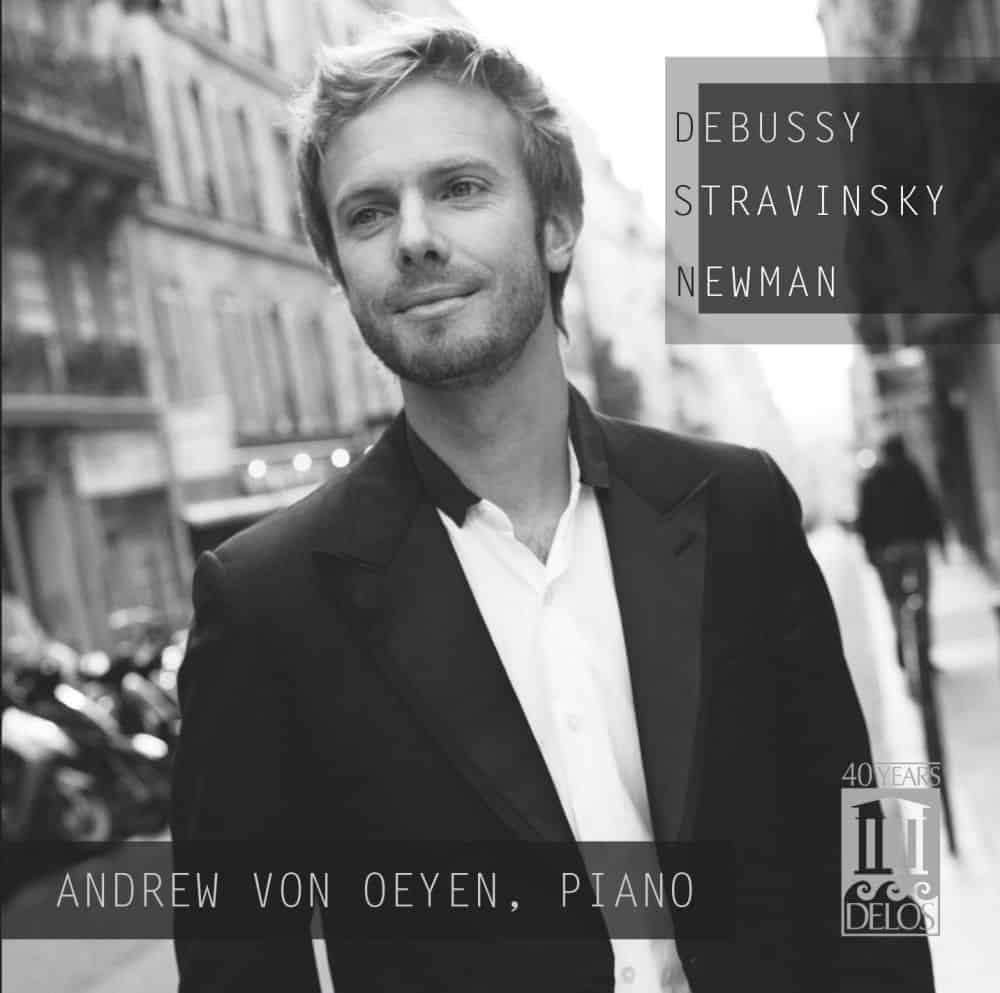 “Andrew von Oeyen (is), in my opinion the best pianist of his generation.” — David Newman, composer

While Academy Award-nominated composer David Newman (b. 1954) has built his reputation primarily on the 100-plus films he has scored, he has also attracted considerable notice for his concert works. As mentioned above, both of his piano pieces offered here were written for Andrew, who premiered “Antipodal Rag” at the Ravinia Festival in 2001; “Prelude” is heard here in its world premiere recording.

“Prelude,” as explained by the composer, was written as a short introductory companion piece to the more substantial “Antipodal Rag.” Newman actually had the moods and qualities of French piano composers in mind when he wrote it: tunesmiths like Debussy and (particularly) Poulenc – whose senses of Gallic whimsy and emotional contrast are especially palpable. The piece alternates between moments of brusque dissonance, flights of fantasy and pensively lyrical reflection – with upward-turning, seemingly questioning phrases that are emphatically answered with “Antipodal Rag.”

The word “antipodal” is defined as “diametrically opposite – entirely opposed.” The composer sought here to illustrate the contrasting nature of the classic piano rag’s (or “stride piano,” as he prefers to call it) components. In his own words, “The left hand, with all its jumps and leaps, acts like a rhythm section, (low bass, higher snare) while the right hand, in an almost completely independent way, plays the melody, rhythm, variations, etc. It has an antipodal sense to it; a physical, dancelike motion – as if the two hands are almost dancing with each other. Two hands are independent and opposed, yet there is an intoxicating sense of chaotic fun.” The title is further characterized by the piece’s contrasting ABA structure, with contrary motion explored in all three sections … even the lyrical central episode.