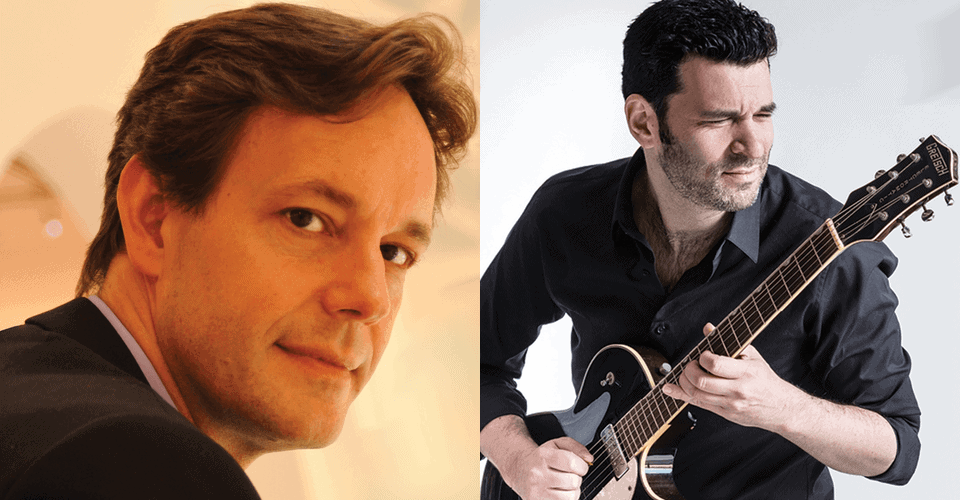 Pre-Order
The Radio Hour – the world’s first-ever “choral opera” – is a compact work for silent actress, with running narrative and commentary from a choir. The program is rounded out with four mostly art song-based works in varied arrangements, several with choral elements.

An Andrés Segovia Award winner (Música en Compostela, Spain), Israeli-born Nadav Lev has earned his rightful place among today’s most gifted young guitar virtuosos. In this fascinating album (his first for Delos), Lev has assembled a fascinating and highly varied program of music by six of the finest among Israel’s current crop of young composers: Gilad Cohen, Yair Klartag, Jonathan Keren, Guy Barash, Ronnie Reshef and Nadav himself. We hear music ranging from lovely vocal treatments of ancient Ladino Jewish songs (with violin) to edgy and gripping works (some including live electronics) that cross into the realm of the avant-garde.