Dmitri Hvorostovsky: Now One For the Ages 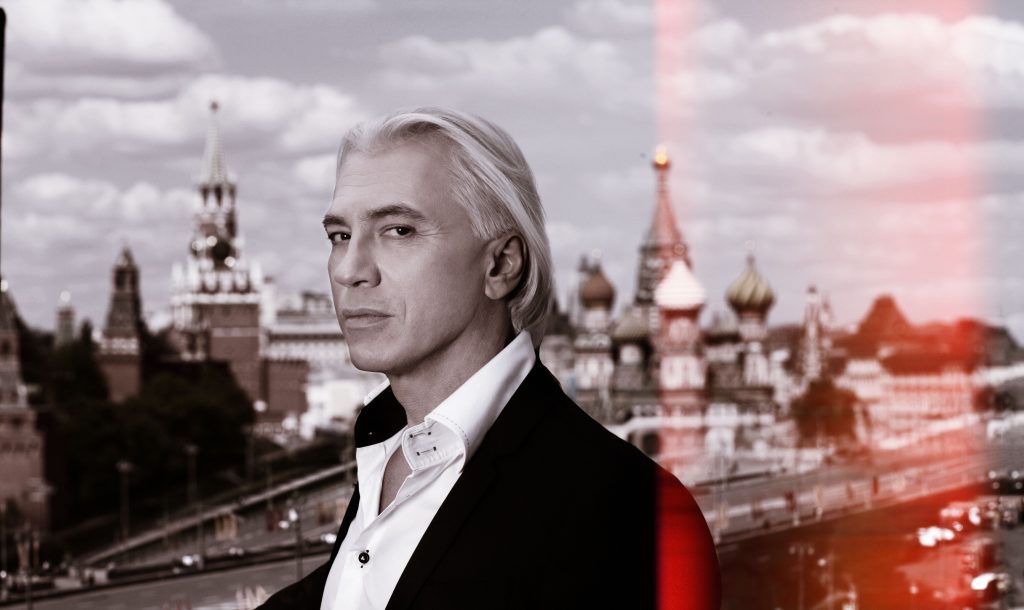 Universally beloved baritone Dmitri Hvorostovsky lost his valiant battle with brain cancer on Wednesday, November 22, in hospice care in London, at the age of 55 surrounded by those who knew and loved him most intimately.

It is with shock, infinite sadness and deepest personal grief that we at Delos humbly offer this eulogy to a truly great artist whose long and fulfilling career represented the highest form of inspiration and dedication. It’s doubly hard to mourn one who is taken from us at the “top of his game,” with many more years of glowing artistic achievement surely lying ahead.

The untimely passing of “Dima,” as he was known to his family and closest friends, is profoundly mourned by millions. Not only is the international opera community—major opera houses and fans alike—devastated by his loss, but there are now deep holes in the hearts of the lucky legions of fellow artists with whom he worked to make great music. And then there are those, like us at Delos, who were joyfully privileged to make his art immortal on record. Above all, as we seek to console each other, our deepest condolences must go to those on the more private side of his life: his parents, his wife and his children.

His family certainly knew and loved him best. Yet there was so much for the rest of us to love in Dmitri. In a manner shared by most artists of Olympian stature, he was always disarmingly gracious, down-to-earth, warmly gregarious and unassuming with both friends and public at large. Ego? You never felt that in his presence, though you knew it had to be there. Dima was never arrogant or boastful, though he had good reasons to be: matchless vocal beauty and technique, interpretive magic that burrowed straight into the hearts and souls of his listeners, riveting stage presence, and silver-maned “barihunk” good looks: altogether a dizzying operatic heartthrob … but one with fathomless depth and supreme artistic purpose.

There are now empty spaces within us that will never quite heal. For Dima was one of a kind, and leaves shoes that can never be filled. Yet as we mourn, we can find comfort and some degree of closure in the fact that, thanks to the miracles of modern sound media, his recorded legacy will continue to thrill vocal aficionados forever.

At last count (including this month’s Rigoletto release), Dmitri’s Delos discography includes sixteen CDs and two DVDs. They encompass three complete operas, releases devoted to mainly Italian and Russian opera excerpts, traditional Russian “romances” (art songs) and a series of classic wartime popular songs that embodied Russian patriotism and spirit. The latter, in particular, endeared him to millions of Russian citizens (and soldiers everywhere) who heard him live in concerts commemorating World War II, or saw them via nationwide television broadcasts. History will be hard-pressed to name a more highly revered Russian cultural icon of our time.

Everyone at Delos loved Dima dearly— but none among us was closer to him than our resident Maestro, Constantine Orbelian: his steadfast colleague and one of his most intimate friends. Constantine not only conducted in all but one of his Delos recordings with orchestra, but toured with him throughout Russia, Europe, the United Kingdom, the US and Canada; he also presided at various glamorous and star-studded public events that were broadcast throughout Russia.

We all have different, but equally valid “Dmitri moments” … thoughts, anecdotes, or personal impressions that are worth sharing. Perhaps you may simply feel the need to express your own grief or condolences. We therefore extend an earnest invitation to all of our readers: PLEASE tell us whatever you’re inspired to say about our beloved Dima, and we will share it with the world. After all, he belonged to ALL of us.

So please return to these pages often in the coming days for the follow-up commentary, news, stories and life-celebrations that will surely be forthcoming in the wake of Dima’s passing.