Dmitri Hvorostovsky on the Role of Simon Boccanegra 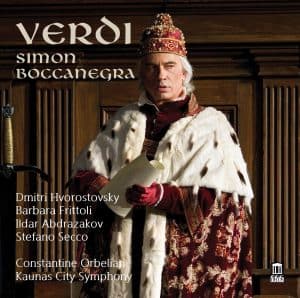 Simon is one of the most complex, deepest characters in the whole baritone repertoire. There is a big difference in musical style between the first version of the opera and the revised one made nearly 25 years later. You can see the difference by comparing the Prologue and the Council Chamber scene. The music written later is much more dramatic in reflecting the characters and their speeches and emotions. It shows Verdi at the peak of his mastery, comparable to Otello and Falstaff.

Vocally, it’s a challenge to sing “numbered” music with recitatives and traditional arias and then jump to a darker, more dramatic declamatory style in the Sala del Consiglio. You’re dealing with music literally written for two types of baritone! There is also a contrast in range—high and lyrical at the beginning and for the Fiesco-Simon reconciliation duet and the finale, lower and more in the middle of the voice for the Council Chamber scene.

Simon’s death from poison is painful and incredibly poignant, but I especially love the Council Chamber scene, which Simon dominates at the most powerful point of the opera. His declamation is sharp and gripping. The music language is sever and dramatic. There are a lot of “cupo” phrases, sometimes sarcastic, sometimes powerfully assertive. Simon’s address to the people, “Plebi! Patrizi! Popolo,” is the creed of a great statesman. As he cries for peace and love, the whole crowd is swept along by the same surge of passion!