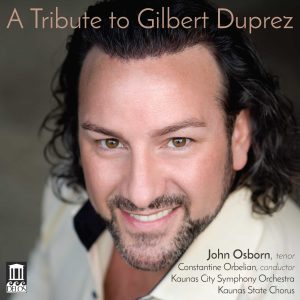 Les martyrs grew out of Donizetti’s original three-act, Italian-libretto version Poliuto. Set in ancient Roman-occupied Armenia, its “sacred” theme of early martyrdom of a Christian saint at the hands of the pagan Romans ran afoul of the notoriously touchy Neapolitan censors, and—ultimately—the reigning king. Enraged at the banning of his creation just before its first scheduled performances in 1838, Donizetti resolved to move to Paris, where he recast what had been his “most personal” opera (containing some of his loveliest music) into a four-act grand opera extravaganza designed to appeal to prevailing French tastes. And, after its 1840 premiere, it did just that—with its exotic temples and other edifices, gladiators battling in a grand coliseum, varied ballet episodes, and even the protagonists’ final martyrdom by means of ravenous lions.

As part of his adaptation for Paris’s grand opera aficionados, Donizetti extensively rewrote the original Poliuto aria in its French version, “Oui, j’irai dans leur temple,” specifically to showcase Duprez’s chesty high C in the role of Polyeucte. He sings the aria in the opening scene of Act III, when—against the fervent imploring of his wife (and leading lady) Pauline—Polyeucte bravely agrees to go to the temple, even at the risk of impending martyrdom.