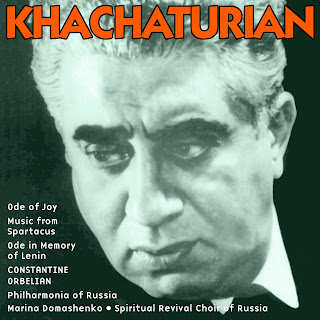 MUSIC FROM the ballet, SPARTACUS:
Introduction and Dance of the Nymphs • Introduction, Adagio of Aegina and Harmodius • Variation of Aegina and Bacchanale • Scene and Dance with Crotala • Dance of the Gaditanian Maidens — Victory of Spartacus • Adagio of Spartacus and Phrygia • Dance of an Egyptian Girl
FUNERAL ODE IN MEMORY OF VLADIMIR ILYICH LENIN
ODE OF JOY
Constantine Orbelian, conductor
Philharmonia of Russia
Spiritual Revival Choir of Russia
Marina Domashenko, mezzo-soprano
DE 3328

“I would like to see any power in the world destroy this race, this small tribe of unimportant people whose wars have been fought and lost, whose structures have crumbled, literature is unread, music is unheard and prayers are no more answered. Go ahead, destroy Armenia. See if you can do it. Send them into the desert without bread or water. Burn their homes and churches. See if they will not laugh, sing and pray again. For when two of them meet anywhere in the world, see if they will not create a new Armenia.” William Saroyan 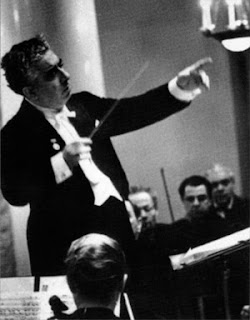 Listen to the music of Aram Khachaturian, the dances from the Masquerade Suite (DE 3288; DV 7005), or any of the wonderful dances from the ballets Spartacus (including the Adagio on DE 3288) or Gayaneh (DE 3288) after reading the Saroyan quote. To conductor Constantine Orbelian, it expresses very well the way his father lived. Through the years, the Orbelian household in San Francisco welcomed countless fellow Armenian and Russian survivors from all walks of life and all social strata.

Recorded as a celebration of the Khachaturian Centennial, this splendid program salutes a significant composer of the 20th Century, known for the melodic beauty and rhythmic intensity of his music. Khachaturian’s roots in both Armenian and Russian music make for a sound world uniquely his own.

No more authoritative interpreter for this music could be found than Constantine Orbelian. Born in San Francisco, of Armenian-Russian parentage, he has this music in his blood. During his earlier career as a concert pianist, his recording of the Khachaturian Piano Concerto won “Best Concerto Recording of the Year” in the United Kingdom. As a young musician studying in Russia he became acquainted with the composer; and Khachaturian subsequently visited the Orbelian family in San Francisco.

Here is Constantine’s introduction to the album:

“I believe that every composer writes a work during his career that represents his own life, and even his own death. I wanted to include the Funeral Ode in Memory of Lenin on this CD not because of its connection with Lenin, but because I hear it as an Ode in memory of Khachaturian, as Khachaturian’s funeral dirge for himself. If one were to watch film footage of Khachaturian’s funeral (as I did recently in Peter Rosen’s moving new documentary about Khachaturian’s life), one would see masses of people gathering around the Moscow Conservatory, weeping, feeling the loss of something great and irreplaceable. This is what happened in Moscow. Armenia received the devastating news of Khachaturian’s death with even more sorrow; literally tens of thousands of people were there to pay their respects to this favorite son of the Armenian people. 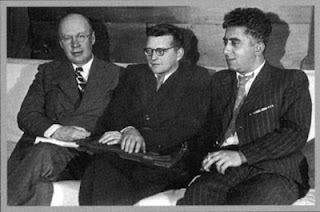 The music of Spartacus is so full of life and the elation of achieving ultimate victory that I couldn’t pass up an opportunity to bring my personal ideas of interpreting this music to fruition. Khachaturian wrote this ballet after what must have been the most difficult years of his life. He was devastated by the Soviet hierarchy’s 1948 public denouncement of Prokofiev, Shostakovich and himself. The idea of writing about an uprising of slaves in ancient times was the only subject that captured his imagination and brought him out of a musical depression. It inspired him to new heights and gave him the strength to write possibly his greatest and most popular work. His colorful and ingenious harmonies intertwined with passionate musical depictions of love and sorrow, life and death, make this work a favorite not only of ballet lovers but of the concert going public as well.

Finally, I chose the Ode of Joy to close this CD because of its luminosity, happiness and grandeur. The USSR did have a hugeness to it that most people these days cannot fathom. The Ode of Joy is filled with this grand Soviet idea: the large picture of a multinational country without borders. This work embraces all of it and praises the people, along with the sun, wind, rivers and lakes, of a great nation.”

Not long ago, Aram Khachaturian (1903-1978) was the most popular of the composers nurtured in the former Soviet Union. During World War II his works were played in the West more often than those of such contemporaries as Prokofiev and Shostakovich. His “Sabre Dance” is known universally – almost everyone can hum it. His folktune-imbued compositions – audience favorites – blend references from
his Armenian heritage with Russian traditional orchestral sound in unparalleled instrumental colors. 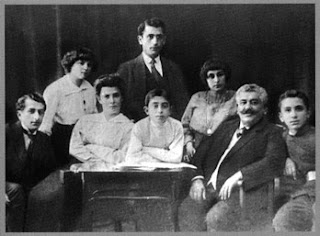 Annotator Maya Pritsker comments that much of Khachaturian’s music “has a fascinating emotional impact on its listeners. Its authorship is instantly recognizable, no matter how much influence one can find there of Debussy or Ravel or Russian classical ‘music of the East’ (from Glinka to Rimsky-Korsakov). This orchestral ‘feast of sounds’ and ‘Rubenesque fullness’ (Asafiev), this enormous melodic breadth and unique diversity of rhythms, are rooted in the colors, dances, songs, folk instruments, customs and passions of the Caucasus and its people; and, through Khachaturian’s classical education, transformed into a universal language. And from Khachaturian’s vast experience in theater and cinema came his ability to depict, to recreate, in musical emotion, landscapes and the human condition with precision and convincing power.”

Our Delos founder Amelia Haygood commented that “the Ode in Memory of Lenin, as Constantine and the Philharmonia play it, is one of the most powerful expressions of grief that I have ever heard. To me, Khachaturian is expressing an overwhelming sorrow that the Lenin-dream for the Russian people has been destroyed, in part by Lenin’s own hand.”

It is well known that Constantine himself has provided a bridge between cultures in his work as an American in Russia, and in his tours with his Russian orchestras. He recently shared with us a letter he received from onetime San Francisco mayor George Christopher. The occasion was a special concert in 1995 in San Francisco with Constantine and the Moscow Chamber Orchestra, celebrating the 50th Anniversary of the founding of the United Nations. George Christopher’s heartfelt reflections on the power of music resonate with us all:

It is my ill fortune to be called overseas just when you are returning to the city of your birth with your illustrious and universally acclaimed orchestra, to participate in the 50th anniversary of the founding of the United Nations here in San Francisco.

My mind races back to your early days when you first began your piano studies, and I followed your progress as you steadily advanced.

I was present 50 years ago when the U.N. charter was signed, and I contemplated its fullest essence when I served as a U.S. delegate to the U.N.

We all have unbounded respect for the purposes and altruistic concepts of the U.N., but the authority of music is truly the international language of the world.

Your musical message can assuage the bitterness of nationalistic prejudice; it can be a stronger influence than the most profound orators; it can mellow the hearts of determined antagonists; it can preach the gospel of love and compassion, and it can reconcile the spirits of the forlorn and forsaken.

Your father and mother are rightfully proud of you, and I enthusiastically join in their pride and happiness.

Welcome back to the city of your birth, and I pray that a kind and benevolent God will sustain you always, guide you to even greater accomplishments, and bestow upon you and your family lasting good health and every happiness.

Below is a photo of Khachaturian when he was in Los Angeles. It was presented to the Orbelians when he visited them in San Francisco. The inscription reads “To the Orbelian Family – with warmest regards, Aram Khachaturian.” 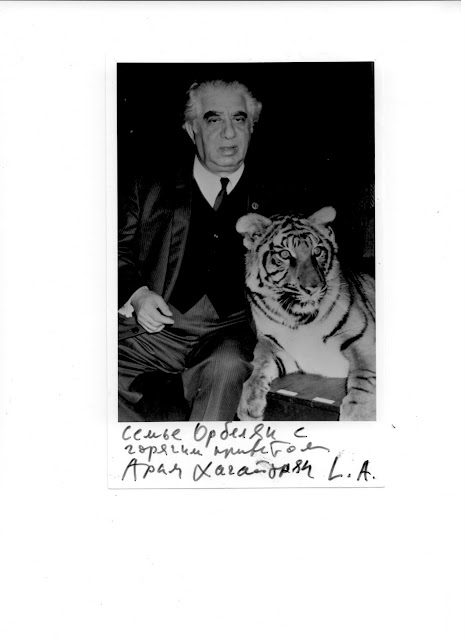