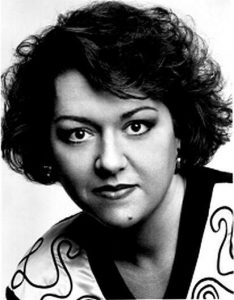 Martha Jane Weaver, originally from southeastern Pennsylvania, has sung a wide swath of music — from Bach to Verdi to Argento, and from Broadway, gospel and spirituals to Gilbert and Sullivan. In the realm of major dramatic oratorio and concert repertoire, her many guest appearances include ones with the San Diego, Nevada-Reno and Sacramento Opera companies; the Philharmonia Baroque Orchestra, Los Angeles Bach Festival, Los Angeles Chamber Orchestra; the Nevada, Utah, San Diego, Hollywood Bowl and Pacific symphonies, William Hall Chorale, and other choral organizations. Martha Jane has performed frequently in prominent roles with Lyric Opera San Diego and the La Jolla Symphony and Chorus. She is also a soloist and section leader at St. James by-the-Sea Episcopal Church in La Jolla and a guest recitalist at San Diego area churches and concert venues.

Listen to Martha Jane Weaver in an excerpt from “Luz (Soledad)”: 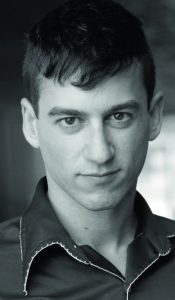 Tom Zohar was born in Israel. He won acclaim as an actor and performer in San Diego and Los Angeles for eight years, in both plays and musicals, prior to a recent move to New York City. The Dream Gallery is his first recording. Tom’s Southern California theater credits include: Zhivago at the La Jolla Playhouse; Picasso at the Lapin Agile, This is Our Youth and Three Sisters at New Village Arts; The 25th Annual Putnam County Spelling Bee at La Mirada; Twist, Yank! A New Musical, Torch Song Trilogy and Bunbury at Diversionary; The Light in the Piazza at Lamb’s Players; The History Boys, The Little Foxes and Sweeney Todd at Cygnet; and Old Wicked Songs, Romeo and Juliet, Amy’s View and The Chosen at North Coast Rep. He is a recipient of a Patté Award for Theatre Excellence.

Listen to Tom Zohar in an excerpt from “Adam (Arcata)”: