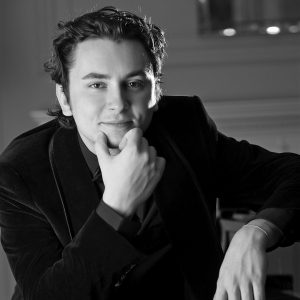 Mr. Labazevitch has appeared on WNYC, WQXR radio stations of New York and WFMT of Chicago as well as numerous radio and TV stations in Poland and Lithuania. He has been a soloist with Joven Orquesta Nacional de Espana and Orquesta Joven de Andalucia in Spain, Rzeszow Philharmonic Orchestra and Beethoven Academy Orchestra in Poland, New York Sinfonietta and Hamptons Festival Orchestra in the United States, St.Kristoforo Kamernis Orkestras in Lithuania and TIPC Symphony Orchestra in Japan under such conductors as Donatas Katkus, Francisco Valero-Terribas, Ki- Sun Sung, Shunsaku Tsutsumi, Ewa Strusinska and Lukas Foss. As an active chamber musician, Mr.Labazevitch is a founding member of the Paderewski Trio, an all-Polish ensemble that for the whole time of its existence had been coached by the late Isidore Cohen, the member of the Juilliard String Quartet and the Baux Arts Trio. Paderewski Trio’s debut recital at the Carnegie Hall’s Weill Recital Hall was praised by the critic of The Strad magazine as “…exuberant, multi-faceted , …gripping from first note to last”

His recent seasons highlights include concerto performances in two consecutive seasons and a recording project with the Beethoven Academy Orchestra in Poland , concert tour in Poland and Lithuania with the Vilnius String Quartet, concerto performance at the Lithuanian National Philharmonic Hall, performance at the Tedmed Conference at the Kennedy Center Opera House in Washington DC as well as recitals in Odessa -Ukraine, Valencia, Leon and Seville – Spain, as well as in New Orleans, New York City, Washington DC and at the Dame Myra Hess Concert Series in Chicago. 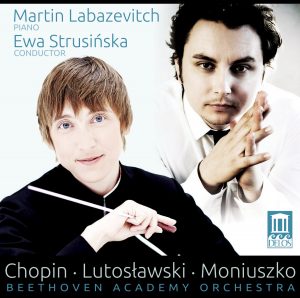 A dedicated educator, Mr.Labazevitch shares his passion for teaching with his students at the Washington Conservatory and Levine School of Music in Washington DC as well as Special Music School at the Kaufman Center in New York City. Since 2008, Mr.Labazevitch has been actively serving on the board of directors of the Rosalyn Tureck International Piano Competition for Young Pianists in New York City.

Born in Poland, pianist Martin Labazevitch studied at the Odessa State Conservatory in Ukraine before immigrating to the United States. In 2008 he graduated with the highest honors from the Manhattan School of Music. His main teachers include Anatoly Kardashov, Nina Svetlanova and Horacio Gutierrez. Currently he is pursuing his Doctoral Degree at the Catholic University of America as a student of Jose Ramos Santana. He has worked with and performed for such notable artists as Philippe Entremont, Stephen Hough, Dmitri Bashkirov, Bella Davidovich, Ruth Laredo and Earl Wild. He also has collaborated with and given performances of contemporary composers such as Richard Danielpour, Jan Radzynski, Haskel Small and Lukas Foss.
Mr. Labazevitch divides his time between Washington DC and New York City.