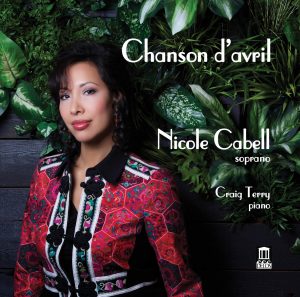 The tradition of the chanson is as old as the history of France itself, dating back to the ancient trouvéres (troubadors) of the dark ages through the Medieval era. These itinerant (and usually illiterate) poet-composers, with their songful tales of mythical heroes and rulers, were the primary keepers (and propagators) of secular oral history in their day. From there, over centuries, the chanson became a generic term that can be applied to any kind of song – a perception that persists to this day.

Thus, in the minds of many, the borderline between the chanson and its direct descendant, the mélodie, remains quite indistinct – such that the two terms are, even now, often applied interchangeably. The Melodie – strictly speaking – is the term that’s usually applied to the more artistically refined, or “classical,” of the two forms, being the French equivalent of the German Lied – or what the English-speaking world calls the art song.

Not to be outdone by the rapidly emerging Lied of their Teutonic counterparts, French composers began producing mélodies around the mid-1800s, soon proving that they could easily match their German rivals in terms of sophistication and artistic merit. But, of course, they suffused their songs with distinctive and equally attractive Gallic flavors, as well as the quintessentially French qualities of elegance, polished refinement and often cheeky charm. In this album, we are treated to star soprano Nicole Cabell’s ravishing voice and compelling interpretations as she explores a choice selection from the most attractive examples of the genre.

Preview via Spotify:
Or Purchase from these online retailers: