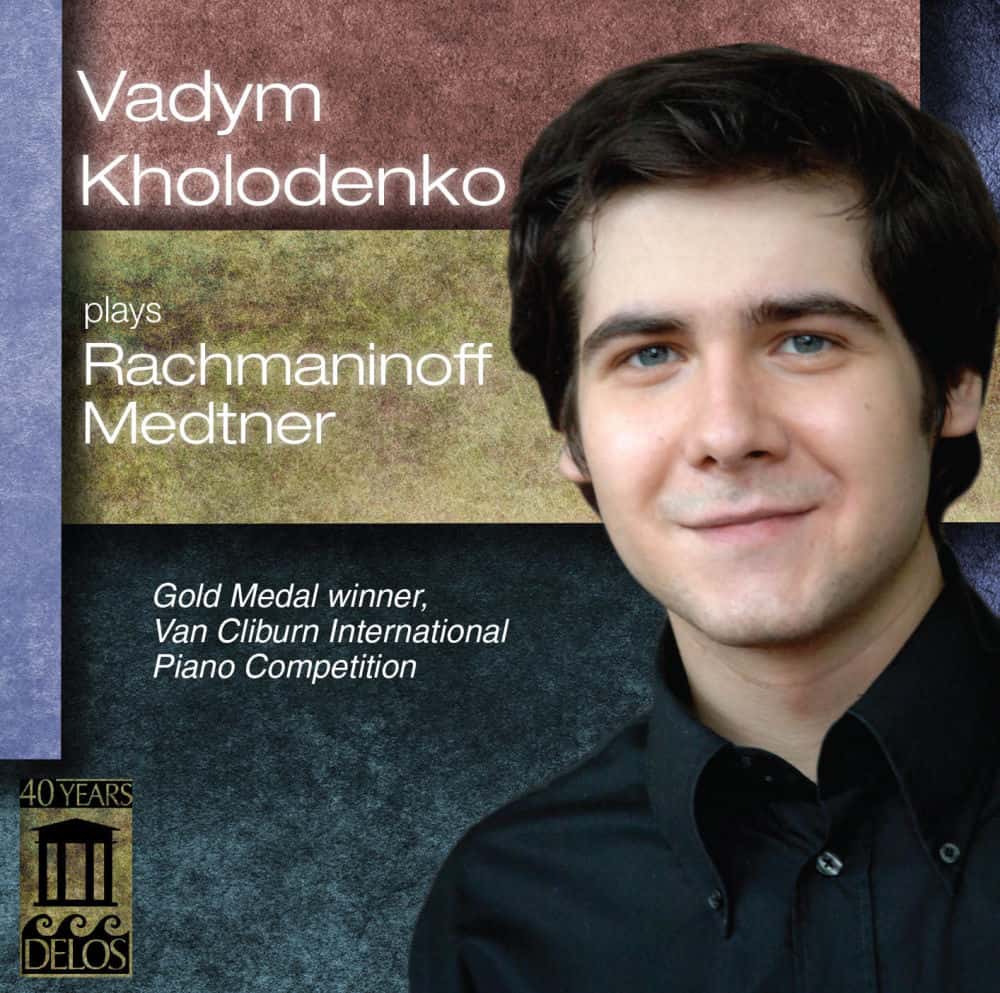 “…the 27-year-old Ukrainian pianist Vadym Kholodenko put on a pretty amazing display of virtuosity — and, not a virtue inevitably linked, musical depth … / … This was music-­‐making as if from another world, far removed from the calculated brilliance more often heard today.” —Dallas Morning News

As Delos director (and revered pianist) Carol Rosenberger wrote in her foreword to this release’s booklet, “The legendary Russian pianism of yesteryear is alive and well! When I listen to Vadym play the piano, I feel that I am witnessing a musical reincarnation.” The qualities she alludes to are the same ones that inspired the 2013 Van Cliburn Competition’s judges, audiences, and media critics alike to respond to Kholodenko’s artistry with awe-stricken rapture.

And “Russian pianism” is, of course, best demonstrated via the interpretation of Russian composers’ music – as proven here in Vadym’s choice of relatively uncommon repertoire from two of Russian music’s “golden-age” composer-pianists: nine of Sergei Rachmaninoff’s thirteen intriguing piano transcriptions, plus Nikolai Medtner’s brilliant, but unjustly neglected “Night Wind” Sonata in E minor (his seventh) – considered his supreme masterpiece. And Vadym – in the course of his now-­‐demanding touring schedule – is rapidly gaining rabid new fans wherever he performs!