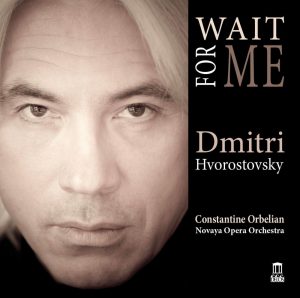 One evening in the summer of 2001, Delos founder Amelia Haygood and I were relaxing with Dmitri Hvorostovsky and Constantine Orbelian in a Moscow restaurant after a recording session for Dmitri’s Verdi Arias album (DE 3292). Dmitri and Constantine began describing some of their favorite popular Russian songs written during WWII and in the war’s aftermath. They had both grown up with these songs, Dmitri in Siberia and Constantine in San Francisco. As they took turns singing phrases to Amelia and me, we all began to recognize a recording plan taking shape: Where Are You, My Brothers? — Songs of the War Years (DE 3315) and, two years later, its sequel, Moscow Nights (DE 3339).

When the first of these two albums, “Where Are You, My Brothers?” was ready for release, Amelia described it as “an emotionally charged program… something so special that I know my description won’t do it justice. I didn’t grow up knowing these songs, as Dmitri, Constantine and all of the other performers did, but I grew up knowing the sentiments expressed so poignantly, and I know that handkerchiefs will be appropriate gear when listening to this album. At the time we were making the recording, we had no idea how many people around the world would soon be experiencing some of the feelings expressed in these songs.”

American Record Guide summed up the response to Where Are You, My Brothers, and encouraged us in our plans for Moscow Nights: “Hvorostovsky’s dark, lyrical, burnished baritone treats this material as if it were among the great Russian art songs… and Orbelian gets a good deal of soul out of them… I was stirred by these songs, and hope Hvorostovsky and assisting forces are planning a follow-up.”

Moscow Nights became a favorite Delos title as well, and I can only wish Amelia were still with us to experience the poignant songs presented here in Wait for Me, the third album in this unique series.