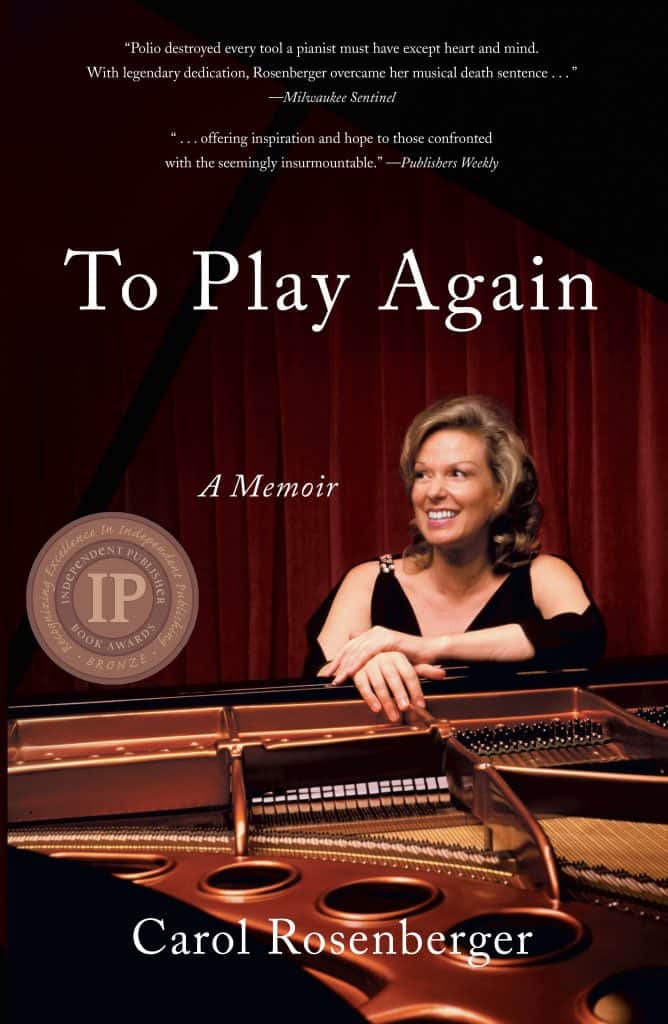 In 1973, I began recording for the fledgling Delos label with Szymanowski’s Masques and Etudes. Delos was the brainchild of the remarkable Amelia Haygood, then a practicing psychologist, who was also a lifelong classical music devotee. Amelia’s mission in forming Delos was to give American artists an international platform. (Everyone in the classical music business told her she was crazy to try such a thing.) Also in 1973, I joined the music faculty at California State University, Northridge. Other highlights of that period were playing the Chopin Piano Concerto #1 with American conductor James DePreist and the National Symphony Orchestra, and playing on the Eastman Great Performers Series.

Around that same time, Ms. Magazine published an article about me, and in 1974, when I played at Lincoln Center in Tully Hall, the Ms. staff, headed by Gloria Steinem, sent me a delightful note ahead of time. They all came to the concert, placing themselves in the front rows so that I couldn’t miss seeing them and feeling their support. A wonderful moment! 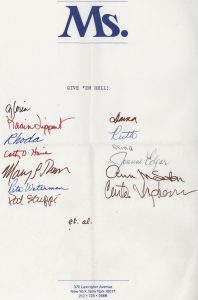 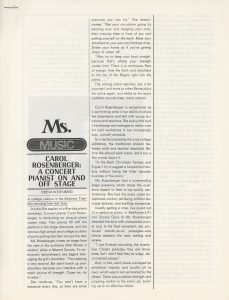 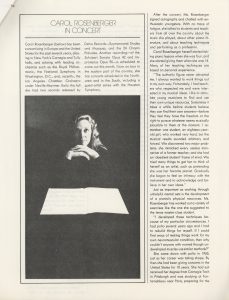 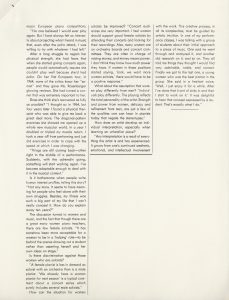 Explore more from Carol Rosenberger’s career on her website at CarolRosenberger.com