“This recording is the BEST Boccanegra of them all. I have been following Dmitri Hvorostovsky’s career for many years now and have heard him sing this role in San Francisco, New York, Vienna and Paris. The cast chosen for this recording couldn’t be better- the glorious Barbara Frittoli, thrilling Ildar Abdrazakov, emotionally charged and brilliant tenor Stefano Secco along with newcomers Kostas Smoriginas; Lithuanian Baritone, and Marco Caria from Italy, make this a wonderfully fresh, truthful, touching and amazingly powerful version of this magnificent opera. The brilliant Kaunas City Symphony Orchestra and chorus with the extraordinary Maestro Constantine Orbelian at the helm make this a MUST HAVE for opera lovers around the world. Hvorostovsky surpasses his on stage performances in this recording, giving us the amazing Hvorostovsky ‘silken sheen’ close up, and his emotional, dynamic and communicative powers come across fully in this beautifully recorded masterpiece. Orbelian follows every intention and nuance of the singers and the orchestra and chorus respond to their Maestro as if they are one. The Kaunas orchestra and chorus have done a brilliant job and can and should be counted as one of the premier ensembles in Europe. Finally, I am so thankful to DELOS for recording our beloved Hvorostovsky in his signature role in this remarkable and magnificent new recording possible.” —Mathilda Cuneo 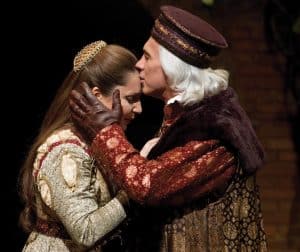 “This is the third recording of Simon Boccanegra that I’ve heard (the first being the Abbado and the second being the recently released Zanetti recording). Both have their merits, but this surpasses the competition, due entirely to its cast. Dimitri Hvorostovsky…proves his status as one of the truly great Verdi baritones. The supporting cast also excels, with Ildar Abdrazakov providing some thrilling bass moments. At an extremely reasonable price, pick this recording up.” —Mathew J. Derby

“Great Simon!! Hvorostovsky’s voice has fully matured to sing Simon, which I think is the best compared to previous performances. As usual, his voice is extremely beautiful with his legato and velvety softness, but is simultaneously strong. I think Hvorostovsky has been at his maximum recently. Barbara Frittoli is also extremely beautiful, and the role of Amelia is very good for her… As a whole, all the singers are young and the total impression is very clear and brilliant regardless of the story. I hope to see Simon with these singers on stage. If you love Verdi and if you love Hvorostovsky and Frittoli, you should have this CD.” —Hiroko 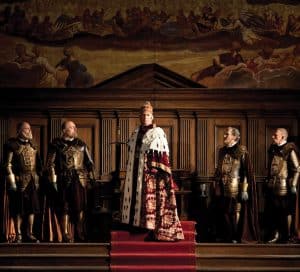 “Time flies fast when you listen to this CD and at the end you want to hear it again. A wonderful recording of a great opera. The cast is a hit. Simon Boccanegra is a parade for deep male voices and here all of them are excellent. This is hardly any news about Dmitri Hvorostovsky (Simon) or Ildar Abdrazakov (Fiesco) but I’ve made a mental note with the names of Kostas Smoriginas (Pietro) and Marco Caria (Paolo), too. Barbara Frittoli (Amelia/Maria) and Stefano Secco (Gabriele) are also perfectly at home in their respective roles, the sweetness and refinery of Barbara Frittoli’s voice suits Amelia just as well as the high-sitting tenor of Secco suits the hot-headed Gabriele. And of course – Dmitri Hvorostovsky in the title role. Simon is a role highlighting all the special qualities which make him arguably the best baritone of our time. The sheer beauty and unique timbre of his voice is easily recognisable in every scene while it also blends beautifully with others. Not only the council chamber scene and the great aria „Plebe! Patrizi! Popolo!” but also his scenes with Fiesco, Amelia and Gabriele are outstanding. His legendary legatos flow and melt elegantly, his heights shine and his depths are powerful. The libretto of Simon Boccanegra is often considered inconsistent but no one can deny that its scenes are emotionally highly charged and the music makes us understand everything. The music – and Dmitri Hvorostovsky. Simon is a very complex character, almost each scene reveals a new side of his personality, the singer has to create intimately lyrical and intensively dramatic moments as well. Hvorostovsky is able to express all the emotional shades, he is able to “act” with his voice: Simon with the never-healing wound of his tragic love in his heart, Simon the wise and responsible statesman who knows that the really heroic deed is to save peace, Simon the gentle father who is ready to forgive… Even the colour of his voice changes, the angelic tenderness of the recognition scene giving way to formidable power and dark wrath when he sings the words of the curse. Dmitri Hvorostovsky is a great singer and I cannot imagine a Simon better than him. The orchestra under the baton of Constantine Orbelian supports the singers with sensitive artistic care and builds up the proper atmosphere for the scenes. I think I love them most in the prelude when the shadow of „la misera Maria” is looming in the music – from the gentle feminine orchestral introduction through the chorus’ compassion to Simon’s desperate cry when he finds her dead. Also the last scene is unforgettable, the beautiful lyrical finale when the music softly follows Simon to his death then gradually fades into silence – like a sigh seeking heaven.” —Maria Zentai

“I’ve just finished listening to Simon Boccanegra, and found it glorious. From where I stand, the ideas of peace, forgiveness and reconciliation don’t seem at all inappropriate in this twentieth-first century context. This production expressed that idea clearly, through lucid, sensitive singing and a sympathetic orchestral accompaniment, to the point that I was reflecting on the difficult choices Simon had to make as a leader, even as I listened. All four lead singers are especially moving, with very memorable duets from Hvorosotovky and Frittoli in the recognition scene, and Hvorostovsky again with Abdrakazov in their final reconciliation as the Doge and Fiesco. Barbara Frittoli brings intelligence and sensitivity to her interpretation of Amelia/Maria. A surprise for me – I hadn’t heard him before – was the lead tenor Stephano Secco as Gabriele Adorno. I’ll look out for his recordings and performances in future. And I agree with those who are saying that Dmitri Hvorostovsky has reached a new level of artistry in this role. Even without visuals he managed to convey the majesty, dignity and compassion of Simon’s character with utterly beautiful singing. I can’t wait to see what he’s going to do next!” —Rosemary Scott