The Radio Hour composer Jake Heggie’s latest opera Great Scott! had its world premiere this past weekend and the raves are streaming in from Dallas: 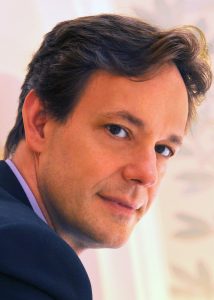 “The choral sections and ensembles of Rosa Dolorosa do such a good job of evoking the musical landscapes of Rossini, Bellini and Donizetti that they almost sound familiar the first time you hear them. But Heggie’s melodic lines, while always nodding to the past, never resort to cheap parody, and his own distinctly contemporary voice is always apparent. The bel canto arias he composed for DiDonato here are gorgeous and memorable, especially an aria she sings, quite exquisitely, as a prayer to Vesuvius before it erupts.…” —D Magazine

“Heggie’s lovely overture sounds old and new at the same time. Reminiscent of musical theater with perhaps a hint of a Rossini fanfare, or were those notes from a football team’s fight song? …” —Dallas Observer

“Great Scott, Jake Heggie and Terrence McNally’s world premiere for the Dallas Opera, takes expectations for what new opera can be to a brilliantly thrilling level. … Heggie’s rich and lush neo-romantic music will someday be looked back on as a landmark…” —Theater Jones

“…unlike anything else in the operatic repertory…hilarious, endearing, sophisticated and profound… The music that Heggie has written for the fictional lost opera that the company revives… is an extraordinary achievement.” —Opera Warhorses