As we celebrate the beginning of December, we’re spotlighting some of the works and composers on Cappella SF’s Light of Gold recording! 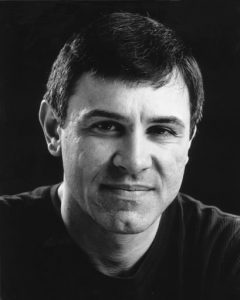 Denver-born David Conte – who, as a Fulbright Scholar, was one of the legendary Nadia Boulanger’s final students – is now professor and chair of the Composition Department at the San Francisco Conservatory of Music, serving as well as a faculty member of the European-American Music Alliance in Paris. Also a board member of the American Composers forum, he was recently named Composer-in-Residence of Cappella SF. He has written over eighty published works. “Patapan” was originally written by Frenchman Bernard de La Monnoye, with lyrics in the French Burgundian dialect; it was first published in 1720. It tells the biblical story of the shepherds as they joyfully celebrate the holy birth with their simple instruments: flute and drum, though some translations specify “fife” or “pipe” versus flute. But whatever the actual instruments, the a cappella choir mimics them to scintillating onomatopoeic effect, while delivering the familiar melody that Conte’s ingenious arrangement spices with novel harmonics. 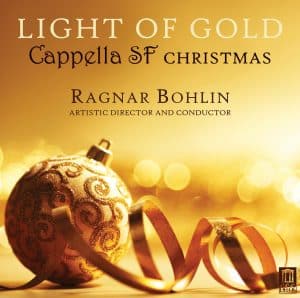 Internationally renowned (and GRAMMY-award winning) conductor Ragnar Bohlin founded Cappella SF, a professional chamber choir, in 2014. Since then, this select Bay Area-based ensemble has presented four concerts to tremendous critical acclaim and recorded music for two CDs – including this, their first commercial release. With Cappella SF, maestro Bohlin strives to showcase the choral riches of all musical periods at the highest artistic level. And concertgoers lucky enough to have heard them in concert will confirm that this superb new choir is doing just that.