The dynamic Litton/Dallas combo presents a profile of the quintessential American composer Aaron Copland, representing three aspects of his music. The delightful “Music for the Theatre,” written by the young Copland in the 1920s, bows to the American jazz idiom that was newly thriving in the 1920s era. Not only does the music incorporate jazz ideas, but its instrumentation emulates a jazz band in sound and size.

Copland had total artistic freedom “where music should take over to express the emotions of the characters” as he wrote his score for “The Red Pony,” a 1949 film about a California ranch boy whose father gives him a pony. Annotator Laurie Shulman comments that “Copland followed the same instincts that served him so well for his American ballets. The music is in his ‘folk-song’ style, yet all of the themes are original, a fact of which is was very proud.”

In his “Organ Symphony,” Copland commented to his biographer Vivian Perlis, “you hear rhythms that would not have been there if I had not been born and raised in Brooklyn.” This is also the symphony that provoked the famous comment from Walter Damrosch – after its premiere in 1925: “…if a gifted young man can write a symphony like this at 23, within five years he will be ready to commit murder!” The famed Nadia Boulanger, who played the organ for the same premiere, found that “the work is so brilliant, so full of music…” The stunning sonic and musical qualities of Copland’s Organ Symphony are enhanced by the participation of internationally known British organist Wayne Marshall, who has worked with Maestro Litton on both sides of the Atlantic. Marshall has been featured as solo organist or solo pianist in London’s prestigious Prom concerts, with the Cleveland Orchestra, the Hollywood Bowl Orchestra, the Berlin Philharmonic and many others. Also available on Delos: Organ Improvisations – Wayne Marshall (DE 3228) 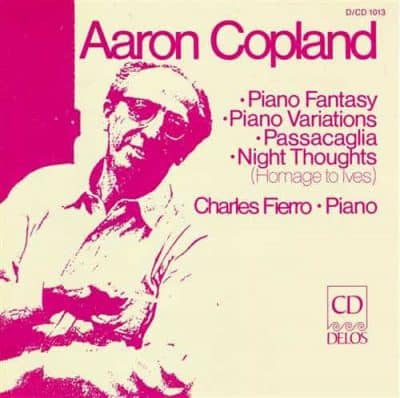