Vote for Jamie Barton and Brian Zeger in the 2018 BBC Music Magazine Awards! 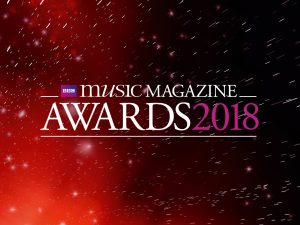 Jamie Barton and Brian Zeger‘s All Who Wander recording has been nominated for the 2018 BBC Music Magazine Vocal Award! 1 of 21 recordings selected by a jury of critics from 2017’s five-star recordings, it’s now up to you to help it become a winner! Voting also enters you into a drawing to win all 21 nominated recordings – but don’t wait too long, the polls close on February 19th.