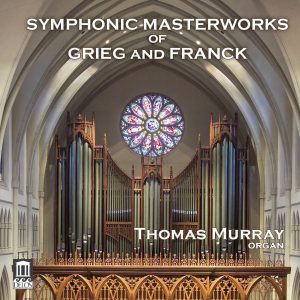 Grieg’s From Holberg’s Time, Opus 40, a “Suite in Antique Style,” was written to honor Baron Ludwig Holberg (1684-1754), often acclaimed as the founder of Danish literature. In Holberg’s day, it was said that “Danish was not spoken in the house of a gentleman — Latin was spoken to one’s friends, French was spoken to ladies, dogs were called in German, and Danish spoken when swearing at servants.” Holberg is noted for his writings on history and law, but most notably for creating a new class of satirical literature in the Danish language and writing satirical plays.

The immediate occasion for Grieg’s composing the suite was the bicentenary of Holberg’s birth in 1884. Grieg was a native of Bergen, Norway, but his career was based in Copenhagen, at the time considered the cultural center of both countries. His compositional activity was wide-reaching and includes suites of songs and piano pieces, chamber music, staged works, orchestral music, and one of the most often-heard piano-orchestral works, the Concerto in A minor, Opus 16. The Holberg Suite exists in three versions from the composer’s pen — for full orchestra, string orchestra, and piano solo. The organ transcription heard on this recording is freely based on an arrangement by the late American virtuoso Richard Ellsasser. 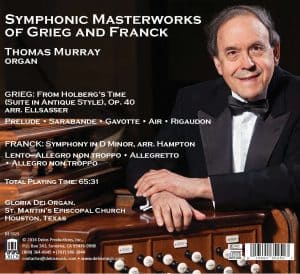 It’s not often that one hears recorded organ transcriptions of major works originally composed for symphony orchestra. But that’s what we get here, in a transcendental program of orchestral favorites played to breathtaking perfection by Thomas Murray, an internationally renowned organist and Yale professor.