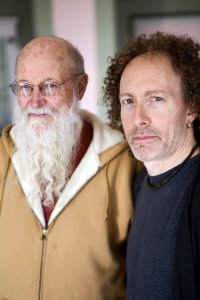 The flight to Europe is never something I look forward to, but there’s something about the toxic combination of sleep deprivation and muscle atrophy that renders those first heady hours truly magical. My wife, Stephanie, and I left Nashville Friday afternoon and arrived in Bologna late Saturday afternoon, local time. As soon as all the luggage and gear was finally deposited in our hotel room, the first decision was whether to degrime with a quick shower or hit the streets in search of the legendary food treasures we knew awaited us. Terry, Ann and Gyan were due in from San Francisco in an hour, but our empty stomachs made that an easy call, and within moments we were in the middle of crowded food market stretching for blocks down a street just a block from our hotel.

It was like the gods of Italian food were watching over us, saying “we know you just voluntarily chose starvation over nasty airline pasta and stale, refrigerated rolls. We honor even your remarkably low American threshold of edibility, and so we are rewarding you for your pilgrimage here with every cheese you have ever imagined, every salami and prosciutto and Italian cookie you have ever read about, every flavor of impossibly creamy gelato, and here they are, just an arm’s reach away!” And reach we did. And within moments the gods themselves appeared in a procession down a main street, the celebration of the Madonna of San Luca.

Almost giddy with delight, our stomachs and legs thanking us for finally being properly put to some use, we strolled through the crowded streets and wide piazzas, every turn enchanting us with ancient buildings and mouth-watering sidewalk restaurants, the murmur of Italian language flavoring it all like a fragrant olive oil on pasta.

Then back to the hotel where the Rileys had just checked in, hugs and laughs, and then back out all together to find a restaurant and properly rehumanize. Hours later, stomachs full and the promise of a week to spend in this wonderful town, we ambled back to the hotel for a solid nights’ sleep. Jet lag never had a chance against the Italian food gods.